A bit of info for you: The larger numbers you see on the map are Box Numbers. In the past, before fire pagers were made yet, when there was a fire in the district (fire departments didn’t do medical calls back then) the airhorn would sound, telling the firefighters what box the fire was in. If the fire was in Box 34, the airhorn would send out a group of three blasts then a group of four blasts. The firefighters would then go to that area of the district and follow the smoke.

As technology advanced, firefighters were given home radios to hear where the calls were. Laurelton’s first home radios (27 of them) were bought for $4000 in 1956. Eventually, every firefighter had a personal pager to find out locations of emergencies. With the advancement of technology, although many still use pagers, most firefighters can be notified through texting and cell phone apps. 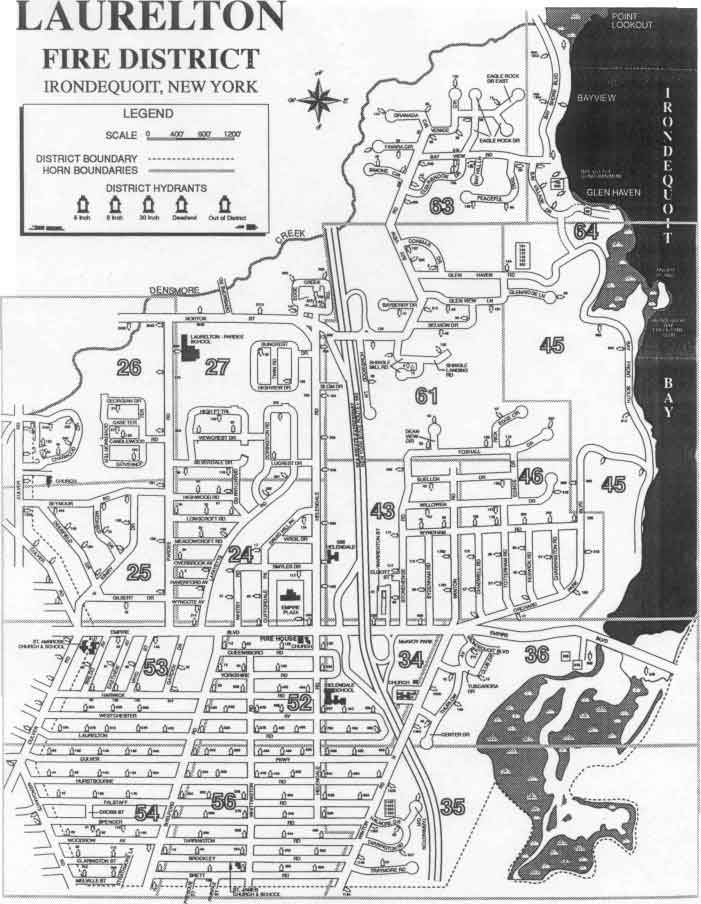